The team members here at Utopian Game Labs are an extraordinary group of individuals with many years of experience in publishing and developing video games for PC, Console and Mobile.

Our areas of expertise include:

Utopian Game Labs Ltd has been created to take advantage of lucrative opportunities presented in the modern videogames market.

This market is increasingly competitive and requires specialist strategies, knowledge and expertise to differentiate products from the crowd and return significant royalties to stakeholders. Utopian Game Labs has these skills.

The company is committed to three main values: 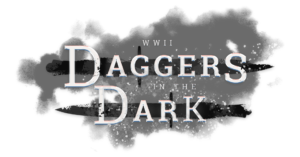 WWII Daggers in the Dark

Exclusive game developer Utopian Game Labs Ltd is delighted to put forward a proposal to develop an arcade adventure and tactical-stealth game based on an imaginary invasion of Great Britain during World War II.

Utopian Game Labs will re-imagine the conflict into a series of titles that will appeal to current games audiences.

Choose which side to take in the epic WWII struggle – Play as Britain, the Patriotic Underdog or as the Invading Nazi Hordes!

Choose your player, assemble your squad for missions and raids from the Army regulars, resistance fighters and from the general population, utilising all of their individual skills to progress through the environment, unseen and undiscovered or outright explosive to complete the objectives of the various raids.

See the Daggers in the Dark videos here and on YouTube